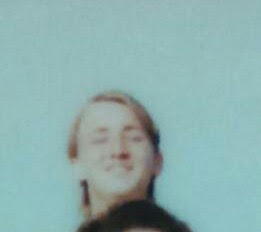 Mr. William E. “Bo” Jordan, age 54, entered into rest on Thursday, October 8, 2020 at his home. Funeral services will be 3:00 PM Saturday, October 10, 2020 from the Chapel of Miller-Rivers-Caulder Funeral Home by Brent Taylor with burial to follow in the Grace and Mercy Worship Center Cemetery (formerly Bethesda UMC Cemetery). The family will greet friends from 2:00 PM to 3:00 PM Saturday prior to the service at the funeral home.

Mr. Jordan was born October 18, 1965 in Chesterfield, SC a son of the late Luther William Jordan and Eva Crowley Privette. He worked many years as a mechanic and also in construction and demolition. Bo was a true outdoorsman who liked to fish, hunt, and could often be found “tinkering” with lawnmowers. Mr. Jordan was a man who was always willing to help others and never met a stranger.

To order memorial trees or send flowers to the family in memory of William E. "Bo" Jordan, please visit our flower store.
Send a Sympathy Card