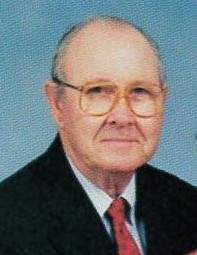 Mr. William Edward “Billy” Redfearn, Jr., age 90, entered into rest on Thursday, April 29, 2021. Funeral services will be 3:00 PM Sunday, May 2, 2021 at Westside Baptist Church by Dr. Steve West and Brent Taylor with burial to follow in the Chesterfield Cemetery. The family will greet friends following the service at the cemetery.

Mr. Redfearn was born February 13, 1931 in Chesterfield, SC a son of the late W.E. “Bill” Redfearn, Sr. and Sara Mangum. Billy attended Chesterfield High School where he was a three-sport athlete. Billy was also a member of the American Legion baseball team that advanced to the state championship.

Mr. Redfearn served his country in the Army as a Korean War veteran. His formal education included attending Furman University and the Citadel. Billy also received an Associate’s of Science degree from Gupton-Jones College of Funeral Service in Dallas, TX. He worked for many years at the Redfearn Funeral Home located in Cheraw. Mr. Redfearn also worked in various positions at the Cheraw Post Office until his retirement.

Billy and his family attended Westside Baptist Church for many years. He served in many various positions through the years including former Sunday School Superintendent, Usher Chairman, and on the church nominating committee.

Mr. Redfearn was a deeply devoted, and selfless provider for his family who loved him dearly. Billy was well respected and modeled integrity and honesty. He greeted everyone with his pleasant smile and caring attitude.

In addition to his parents, Mr. Redfearn was also preceded in death by his beloved brother, James Inglis “Jimmy” Redfearn of Chesterfield; and nephew, James Mark Redfearn of Ruby, SC.

To order memorial trees or send flowers to the family in memory of William E. "Billy" Redfearn, Jr., please visit our flower store.