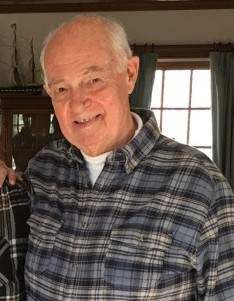 He studied at and received his degree in Fine Arts from Richmond Professional Institute, now Virginia Commonwealth University.  Prior to retirement in 1993, Mr. Meacham was a commercial artist in Charlotte, NC.

In addition to his paintings, Mr. Meacham enjoyed playing the fiddle and upright bass at gatherings of the Charlotte Folk Music Society.  He supported numerous organizations devoted to the care and protection of dogs.

A private, graveside service will be held in Laurinburg, NC at a date to be determined.  Miller-Rivers-Caulder Funeral Home of Chesterfield, SC is assisting the family.

In lieu of flowers, donations may be made to the Humane Society of the United States.

To order memorial trees or send flowers to the family in memory of William E. "Bill" Meacham, Jr., please visit our flower store.