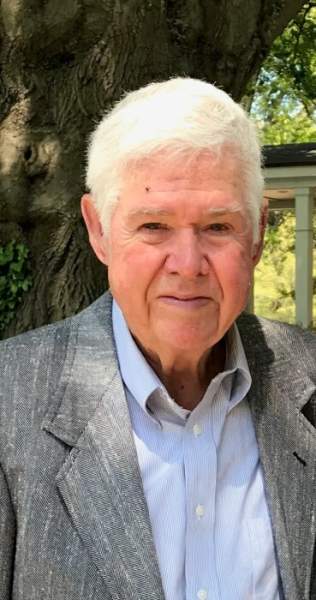 Mr. Willaford A. “Billy” Jenkins, age 84, entered into rest on Sunday, December 27, 2020 at his home. Funeral services will be 1:00 PM Wednesday, December 30, 2020 from the Chapel of Miller-Rivers-Caulder Funeral Home by Rev. Wayne Hodge and Brent Taylor. Burial will follow in the Rocky Creek Presbyterian Church Cemetery, Jefferson, SC, with military honors rendered by the U.S. Navy. The family will greet friends following the service at the cemetery.

Due to the continued COVID-19 restrictions, we ask that you practice social distancing at all times and request a face covering to be worn. The service will be streamed live on the Miller Rivers Caulder Funeral Home Facebook page.

Mr. Jenkins was born September 5, 1936 in the Angelus community of Jefferson, SC a son of the late Julian Kenneth and Mary Jane Knight Jenkins. He was raised a farmer and was educated in the Angelus – Jefferson schools prior to serving in the U.S. Navy. Mr. Jenkins was a retired employee of IBM Corporation with over 32 years of service. He was a faithful member of Bay Leaf Baptist Church, where he served as former Deacon. Billy was also a member of the Jefferson American Legion Post 80, and the Bay Leaf Lions Club.

A true family man in every sense of the word, Billy enjoyed traveling, boating, and anything involving time spent with family. He also enjoyed collecting ball caps, listening to country music, and “tinkering” on anything.

To order memorial trees or send flowers to the family in memory of Willaford A. "Billy" Jenkins, please visit our flower store.