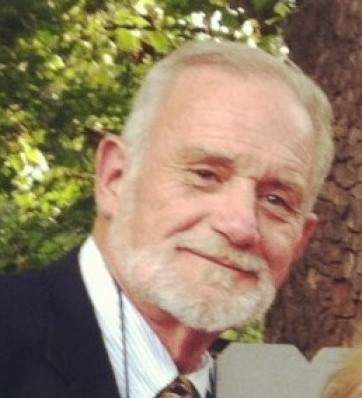 This obituary is being posted as a courtesy to the Adams family. The Miller-Rivers-Caulder family extends their deepest sympathies and condolences to the family. All online tributes will be forwarded to the family.

Mr. Adams was born June 13, 1952, in Chesterfield, South Carolina. A talented, creative, intelligent, and highly impatient man, he grew up under the watchful eyes of his beloved mother, Willie Vaughn Gainey, and grandmother, Ruby Vaughn. His work ethic was shaped by growing up in a time of little means and he worked in cotton fields while going to school. Virgil was drafted into the Army in 1972 where he was stationed in South Korea and in 1974, ended his service at the Pentagon in Washington D.C. Virgil attended Wilkes Community College and graduated from Appalachian State University with a degree in History. He soon began his 30-year career as a history teacher at Wilkes Central High School where he also coached the tennis team and led the “Guitar Club.” Virgil impacted many lives at WCHS and brought history alive for his students and fellow teachers through his talent to perform and storytell - we’ve heard the teacher smoker’s lounge in the 80’s was quite the hang-out. His love to entertain others extended to acting in productions at Wilkes Community College and with Wilkes Playmakers. While school was out for summer and after retirement, he painted houses with fellow teachers with the “DaDa Paint Company.”

An avid gardener who loved the spring season, Virgil’s perfectionism shined in his carefully manicured flower and plant beds. His flair for interior design was most impressive at Christmastime, he loved cats, enjoyed cooking, and rarely missed a Jeopardy! question. Virgil had an impressive knowledge of history, specifically the antiquities, was a voracious reader and checked out ALL the historical fiction books at the Wilkes Public Library. Virgil may be remembered most fondly for his sense of humor and unmatched wit that charmed and brought laughter to those that knew him. He will be forever loved and missed by his family – especially by his children, Carli and Daniel.

A drop-in memorial will be held at the Friends of the Library Meeting room on the lower level of the Wilkes County Public Library on December 18th from 9:30am-11:30am.

To order memorial trees or send flowers to the family in memory of Virgil Eugene Adams, please visit our flower store.