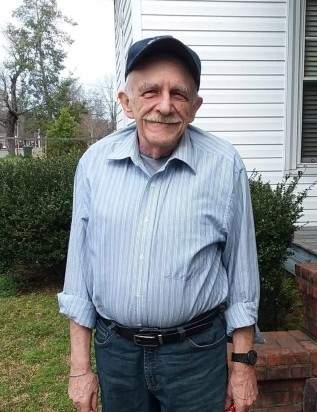 Mr. Thomas Millard Enlow, age 74, entered into rest on Monday, June 10, 2019. A Graveside Service will be held at 4:00 PM Friday, June 14, 2019, at Robert Davis Cemetery off of Prescott Road in Bishopville, SC, by Rev. Brian Enlow. The family will greet friends following the service at the graveside.

Mr. Enlow was born June 20, 1944 in Bristol, Connecticut a son of the late Millard M. Enlow and Catherine M. Grimes Enlow. He was a proud veteran of the U.S. Airforce. Thomas was formerly employed as a consultant for several computer systems companies. He was a lover of knowledge, and he especially enjoyed science. Thomas also enjoyed movies, television, and anything science fiction.

In addition to his parents, Thomas was preceded in death by his wife, Melba Enlow.

In lieu of flowers, the family requests memorial donations be made to the Christian Adoption Services. Donations can be made at www.christianadopt.org or by mail at 624-100 Matthews-Mint Hill Road, Matthews, NC 28105.

To order memorial trees or send flowers to the family in memory of Thomas Enlow, please visit our flower store.