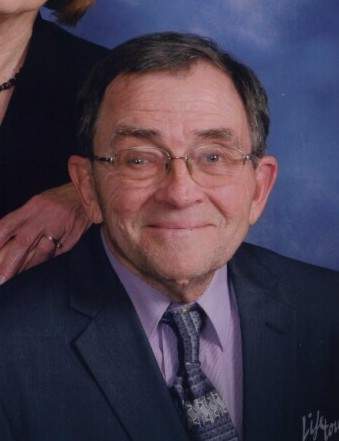 Mr. Stephen Hall “Steve” Rivers, age 66, entered into rest on Saturday, August 29, 2020 with his family by his side. Funeral services will be 11:00 AM Wednesday, September 2, 2020 at Zoar United Methodist Church with burial to follow in the Rivers Cemetery. The family will receive friends from 6:00 – 8:00 PM Tuesday, September 1, 2020 at Miller-Rivers-Caulder Funeral Home.

Mr. Rivers was born April 4, 1954 in Asheboro, NC a son of the late Lemuel Hall and Nannie Lisenby Rivers. He was a former employee of Weller Industries and a faithful member of Zoar United Methodist Church. Steve was very active in the church’s annual Drive Thru Nativity and enjoyed offering the farewells along with his long-time friend, Phillip Caulder. He was an avid runner who enjoyed cycling and competing in marathons. Steve was a member of the Chesterfield High School Football Program’s “Chain Gang” at the home football games. Steve was proud of his family and especially enjoyed spending time with his grandchildren.

In addition to his parents, Mr. Rivers was also preceded in death by his brother-in-law, Tom Freeman.

The family would like to offer a special thanks to the staff of Regency SouthernCare Hospice of Chesterfield for the love, care, and support shown to Steve and his family.

To order memorial trees or send flowers to the family in memory of Stephen Hall "Steve" Rivers, please visit our flower store.