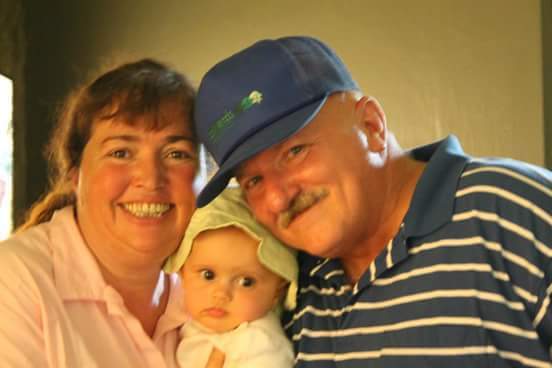 SFC (Ret.) Keith William Shepherd Harrison, affectionately known as “Searg,” entered into rest on Saturday, August 10, 2019 at his home surrounded by his loving family. Funeral Services will be 3:00 PM Thursday, August 15, 2019 at Chesterfield Baptist Church by Pastor Randy Bishop. The service of committal will follow in the Old St. David’s Cemetery with full military honors. The family will receive friends from 6:00 – 8:00 PM Wednesday, August 14, 2019 at Miller-Rivers-Caulder Funeral Home.

Mr. Harrison was born March 10, 1952 in Patterson, NJ a son of Fred Shepherd and the late Iline Hicks Shepherd. He was a retired U.S. Army Veteran serving over 20 years active duty, and achieving the rank of Sergeant First Class. A decorated veteran, SFC Harrison served in the Korean War, Vietnam War, and Operation Desert Storm. He was the recipient of numerous awards, badges, and medals including the Army of Occupation Medal (Berlin), Army of Good Conduct Medal, Army Achievement Medal, and the National Defense Medal. He was also the proud recipient of The Army Commendation Medal, issued by Col. Julius F. Johnson, awarded for his meritorious achievement as the noncommissioned officer in charge of the French Commando Group, 1st Battalion, 7th Infantry, 3rd Brigade, 3rd Infantry Division, United States Army, Europe in 1987. SFC Harrison organized and trained 27 soldiers for the French Commando School. The result of his leadership was the graduation of all 27 soldiers.

Following his military career, Keith enjoyed the 10 years he worked with A.P.I Security of Wadesboro. Mr. Harrison was a faithful member of Chesterfield Baptist Church where he was very active in the men’s brotherhood and also the church choir. He was also an active supporter of the church through their live streamed services via Facebook. A very skilled craftsman, Keith enjoyed woodworking and welding. He also enjoyed fishing in his spare time.

Mr. Harrison’s life captivated the essence of sacrifice. He wanted his family, especially his children, to know their importance and value. After marrying Selina, Keith went through the legal process to change his last name to Harrison, proving once again the importance of family and the value of a father. Whether he was addressed as Keith, Searg, Pop, D, Daddy-D, Papa-D, or Dad you knew that he loved you unconditionally.

In addition to his mother, Mr. Harrison was also preceded in death by his father-in-law, Joseph “Joe” Harrison.

The family would like to express their thanks to the staff of Hospice Care of South Carolina for the love and care shown to Mr. Harrison and family. Also, a very special thank you for the memorial pinning ceremony recently performed at the home in his honor.

Memorials may be made to Chesterfield Baptist Church, 207 E. Main Street, Chesterfield, SC 29709.