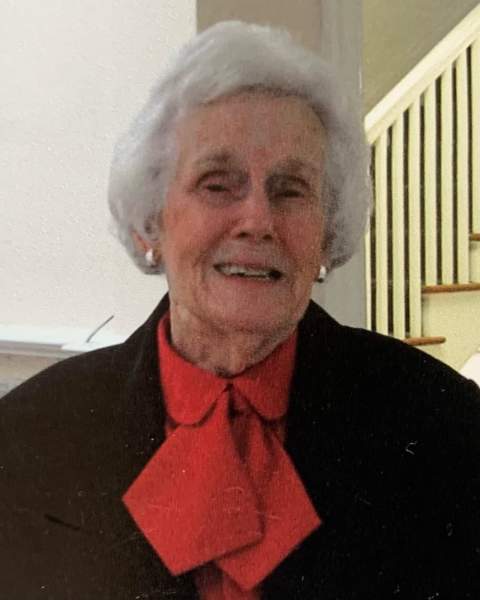 Mrs. Selma Rae Rivers Henderson, 99, passed away peacefully Saturday, September 10, 2022 at McLeod Health Cheraw in Cheraw, SC.  Born on December 6, 1922, in Chesterfield, SC, she was the daughter of the late Alfred Ray Rivers and Clarice Clark Rivers of Chesterfield.

Selma Rae was an active member of St. Paul United Methodist Church.  She held various positions within the church including United Methodist Women, administrative council, adult and family ministries, altar guild, prayer group leader, and worship committee chair.  In addition to her church involvement, she was a sports enthusiast, enjoyed playing bridge, and was an avid walker.  However, her greatest joy in life was time spent with her beloved family.

She was active in many civic and community organizations.  In 1965, Selma Rae was inducted into the Chesterfield County Omicron Chapter of Delta Kappa Gamma (DKG).  During her service with DKG, she held numerous leadership positions including chairman of the professional affairs committee, recording secretary, and served as a member of the executive board.  At the time of her death, she was the oldest member of the Omicron Chapter.  She was a former member of the Chesterfield Beautification Committee.  For her dedication to the town of Chesterfield, she received the William Duke Craig Lifetime Community Service Award in 2004.

Funeral services will be held on Tuesday, September 13, 2022, at 3 p.m. at St. Paul United Methodist Church with burial in Chesterfield Cemetery.  The family will greet friends following the burial at the cemetery and other times at the home of Roger and Sarah Jane Henderson.

For those who are unable to attend the service, you are welcome to join virtually on the Miller Rivers Caulder Funeral Home Facebook page.

The family would like to express their gratitude to the entire staff of McLeod Health Cheraw and Cheraw Healthcare for their exceptional love and care shown to Selma Rae and her family.

In lieu of flowers, contributions may be made to the Cemetery Association of Chesterfield, P.O. Box 388, or to St. Paul United Methodist Church, 305 West Main Street.

To order memorial trees or send flowers to the family in memory of Selma Rae Rivers Henderson, please visit our flower store.