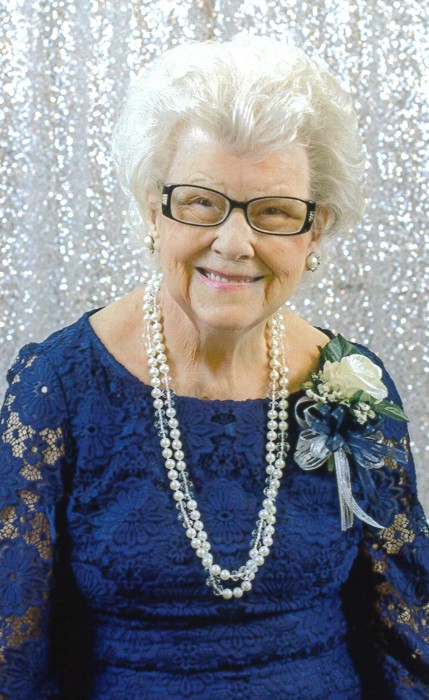 Mrs. Sarah “Vickie” Rayfield Outen, age 86, entered into rest on Thursday, March 26, 2020. Due to the current restrictions in place at this time the family will hold a private funeral service. The public is invited to join the services via Facebook live on the Miller Rivers Caulder Funeral Home Facebook page or www.facebook.com/pbconline .

The virtual visitation will begin at 3:45 PM Sunday, March 29, 2020 online with the memorial DVD playing until 4:00 PM followed by the Celebration of Life Funeral Service officiated by Dr. Roger Wall. The family encourages the online sharing of memories and condolences during this time. The burial will follow in the Providence Baptist Church Cemetery. Friends and family are invited to stop by the funeral home for a viewing between the hours of 2 and 5 PM on Saturday, March 28, 2020; and 9 AM and 1 PM on Sunday, March 29, 2020.

Mrs. Outen was born April 2, 1933 in Chesterfield, SC a daughter of the late Peter Claude and Allie Elizabeth Adams Rayfield. She was a graduate of Chesterfield High School and a member of Providence Baptist Church. Vickie enjoyed working in her yards, growing beautiful flowers, and was known for her “green thumb.” She also enjoyed dancing, listening to gospel music, and bird watching, especially red birds. Of all things she enjoyed, her favorite pastime was spending time with her grandchildren.

The family would like to express their gratitude to the staff of Springhill Assisted Living of Pageland, the staff of Brookdale Union Park, and the staff of Jesse Helms Nursing Center for the love and care shown to Mrs. Outen and her family.

Memorials may be made to Providence Baptist Church, 232 Providence Church Road, Pageland, SC 29728.

To order memorial trees or send flowers to the family in memory of Sarah "Vickie" Rayfield Outen, please visit our flower store.
Send a Sympathy Card