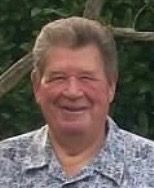 Mr. Sam J. Steen age 90, entered into eternal rest on Sunday May 26, 2019. Mr. Steen was born on July 22, 1928 in Chesterfield county, SC. He was a military veteran of three wars; WWII, Korea and Viet Nam. Sam began his military career by joining the U.S. Marine Corp on July 26 1946 and served as a Marine until Jan 30, 1948 at which time he transferred over to the U.S. Army where he retired in Alaska on May 31, 1968 at the rank of Master Sergeant. After retirement he enjoyed fishing, gardening, traveling, visiting with friends and family, and telling stories and jokes. Sam was loved by many for his generosity, eagerness to help those in need, and his wry sense of humor; he never met a stranger.


The family would like to express their heartfelt gratitude to the entire staff of McLeod Medical Center in Cheraw for the exemplary loving care that they extended to Sam and the family.


In keeping with Sam's wishes and his self-less spirit, his body has been donated to science in hopes of helping forward the study and understanding of the human body by medical students at the Medical University of South Carolina.

A public graveside memorial will be scheduled and announced at a later date once his remains are returned to the family for interment at Fairview Baptist Church in Mt. Croghan, SC.

To order memorial trees or send flowers to the family in memory of Sam J. Steen, please visit our flower store.
Send a Sympathy Card