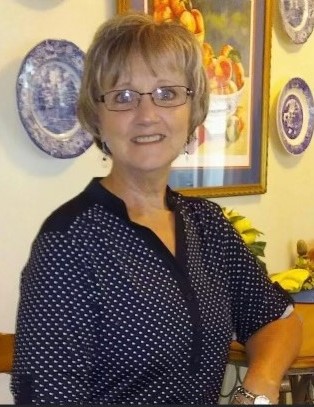 In celebrating Mrs. Adams’s beautiful life and career, the family has requested that friends, former students, and colleagues please mail a special memory to 267 Tickle Hill Rd, Jefferson, SC 29718 or add memories and condolences to her tribute wall at mrcfuneralhome.com.

Mrs. Adams was born August 11, 1955 in Monroe, NC a daughter of the late Joseph Thomas Hinson, Sr. and Ruth Plyer Hinson. She attended Winthrop University and Francis Marion University attaining her undergraduate degrees and received her Masters of Education from Clemson University. Her teaching career spanned over 35 years as she taught in Laurens County, Chesterfield County, and retired from Darlington County School District as a teacher support specialist. Sally was a dedicated and accomplished educator, mentor, and friend who left a lasting impression on so many of her students. She will always be remembered as a truly caring teacher who possessed the ability to make learning fun and creative.

Mrs. Adams was a faithful member of Jefferson Baptist Church, where she served on the social committee and was the former church treasurer. She was currently serving on the Hospice of Chesterfield County Foundation Board. Sally enjoyed crafting and working outdoors. Her greatest passion was being “Mi-Mi” to her grandchildren.

In addition to her parents, Mrs. Adams was also preceded in death by 3 brothers, Joseph Hinson, Jr., Bobby Hinson, and Richard Hinson.

To order memorial trees or send flowers to the family in memory of Sally Hinson Adams, please visit our flower store.
Send a Sympathy Card