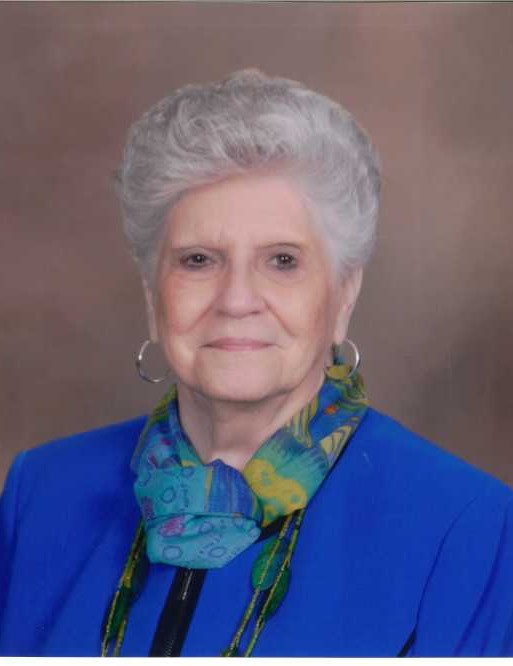 Mrs. Ruth Wright McLain, age 87, entered into rest on Thursday, April 25, 2019 at her home. Funeral Services will be 2:30 PM Saturday, April 27, 2019 at Chesterfield Baptist Church by Pastor Randy Bishop and Brent Taylor with the eulogy being delivered by her grandson, Paul Rogers. The burial will follow in the St. John Freewill Baptist Church Cemetery, Patrick, SC. The family will greet friends from 1:30 - 2:30 PM Saturday prior to the service in the church parlor.

Mrs. McLain was born January 16, 1932 in Anson County, NC a daughter of the late Fred Thomas and Ollie Short Wright. She was a graduate of Wadesboro High School, Class of 1950. Following graduation, Ruth married Barney Gilbert McLain on June 16, 1950 and moved to Chesterfield, SC into the home Gilbert had already built for them. Their home was always open to their family and friends for times of food and fellowship.

Mrs. McLain and her family joined Chesterfield Baptist Church in 1950, and attended faithfully for the past 69 years, serving faithfully in all areas of the church. In 1966, Ruth was asked to join the Clerk of Court’s Office for Chesterfield County and retired in 1996 as Deputy Clerk of Court.

The family wishes to express their gratitude for the loving care provided to Mrs. McLain and the entire McLain family by long-time family friend and caregiver for the past 14 years, Robin Oliver. Also special thanks to Hattie Matthews, Nellie Joines, Michelle Tolson, and the staff of Regency SouthernCare Hospice of Chesterfield for their love and care.

In lieu of flowers, memorials may be made to Chesterfield Baptist Church, 207 E. Main Street, Chesterfield, SC 29709.

To order memorial trees or send flowers to the family in memory of Ruth Wright McLain, please visit our flower store.
Send a Sympathy Card