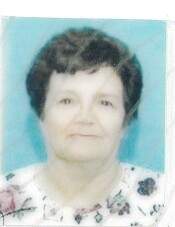 Mrs. Ruth McIntyre Coward, age 79, entered into rest on Saturday, June 13, 2020 at her home. A Funeral Service will be held at 6:00 PM Wednesday, June 17, 2020 from the Chapel of Miller-Rivers-Caulder Funeral Home by Brent Taylor. The family will greet friends Wednesday from 5:00 – 6:00 PM prior to the service at the funeral home.

Mrs. Coward was born October 22, 1940 in Chesterfield, SC a daughter of the late Archie Brooks and Minnie McIntyre Brooks. She was a retired employee of Chesterfield Webbing and a member of Oakland Baptist Church. Ruth enjoyed watching television and working word search puzzles.

To order memorial trees or send flowers to the family in memory of Ruth McIntyre Coward, please visit our flower store.