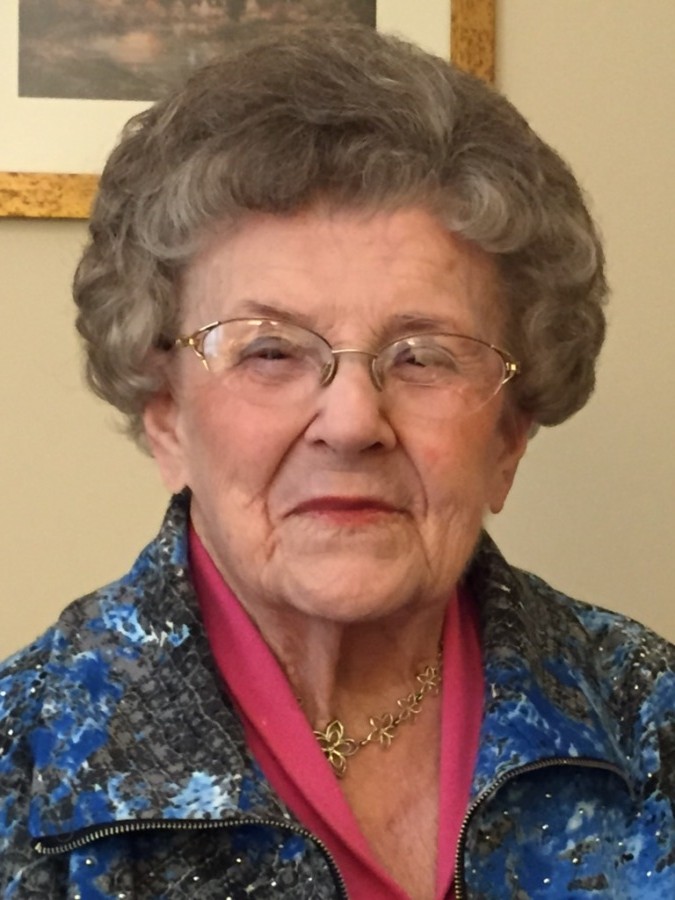 On Saturday May 23, 2020 Ruby Lee Steele Trexler departed from this life to spend eternity safe in the arms of Jesus. A private funeral service will be held with burial to follow in the New Hope United Methodist Church Cemetery, Morven, NC. Friends may stop by Miller-Rivers-Caulder Funeral Home on Monday, May 25, 2020 between the hours of 10:00 AM and 1:00 PM to pay their respects.

Ruby’s life began on July 5,1929, the youngest of twelve children born on the family farm to Julius Steele and Mary Caroline Baker Steele.

Having grown up during the Great Depression, she learned the value of hard work at a very early age. As a young girl, Ruby was known as “the fastest little cotton-picker in these parts.” Whether churning butter with her mother or bringing in the livestock with her father, Ruby treasured her home, family, and heritage.

She attended Deep Creek School where she was known to be quite the athlete and scholar. She was often called on by the other girls to “take their last swing” on the baseball field, and was appreciated by many as a tutor in the classroom.

There was one classmate that was just a bit more special to Ruby than the others—-an overall-clad little boy with a quick wit and a sparkle in his eyes. Almost every spelling bee found Ruby and her rival as the last two standing, with each trying hard to “sit the other down.”

The competition ended once and for all on January 19, 1947, when Ruby and her childhood sweetheart, Clyde Hart Trexler, were married in Chesterfield, SC. Becoming a housewife and mother was Ruby’s greatest aspiration. She was known far and wide for her one-of-a-kind pecan pie, and delighted in keeping the cabinet full of pies, cakes, and cobblers for her family and friends.

Perhaps Ruby’s greatest joy in life was her love of music. She described the best of times in her home as those when eldest daughter Carolyn would play the piano while she, Clyde, and the girls sang hymn after hymn together. As a member of Sandy Plains  Methodist Church, she sang alto in the choir. Later, as a resident of Meadowview Terrace in Wadesboro, Ruby played piano for the services and parties within the facility, providing entertainment for the other residents and visitors.

Surviving are her two daughters Lorri Ann (Ken) Lemmonds of Wadesboro and Nancy Michele (Michael) Taylor of Indian Land, one grandson Larry Williams (Stephanie) of Wadesboro, and one great granddaughter, Madilyn Williams, son-in-law, Larry Taylor of Wadesboro; brother-in-law, Thomas "T.C." Trexler of Wadesboro; as well as many nieces and nephews.

The family would like to thank all of the doctors, nurses, and caregivers who assisted Ruby in her twilight years. Your kindness will not be forgotten.

To order memorial trees or send flowers to the family in memory of Ruby Steele Trexler, please visit our flower store.
Send a Sympathy Card