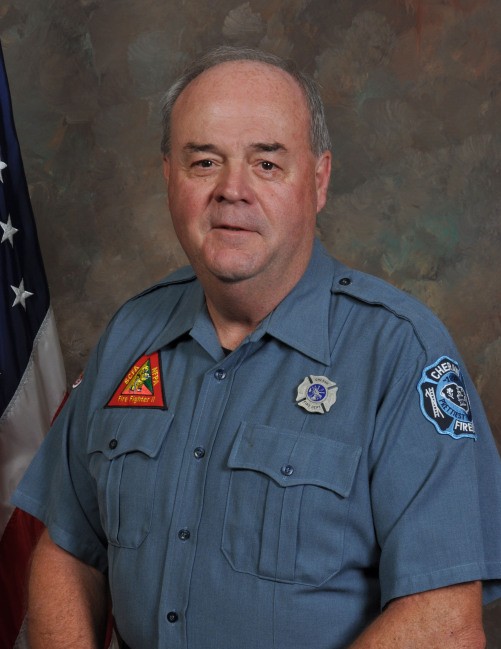 This obituary is being posted as a courtesy to the Allison family. Roy was a beloved funeral home associate of Kiser Funeral Home of Cheraw and a public servant of Chesterfield county for many years. The Miller-Rivers-Caulder family extends their deepest condolences and sympathies to the Allison family and the staff of Kiser Funeral Home. All online condolences will be forwarded to the family.

Roy was retired as the Marlboro County 911/ Emergency Management Director, a position he held from May 2004 - July 2016, but he had always been a public servant. When he was 15, he became a junior member of the Cheraw Rescue Squad, and at 18 he joined the Cheraw Fire Department as a volunteer. He was recognized for 40 years of service and received the honor of Fireman of the Year in 1983. Roy was also instrumental in the success of the Cheraw Rescue Squad Car Show. As a SC Certified Emergency Manager, he served Marlboro and Chesterfield Counties, as well as at the state level. He was the Assistant Director of the Chesterfield County EMS and then was appointed as the Director, serving from 1989-1998. In 2009, while working in Marlboro County, he received the South Carolina 911 Director of the Year Award. He served as President of the Society for the Preservation and Appreciation of Antique Motor Fire Apparatus in America. He was a member of SC Association of Public Safety Officials serving as Vice President and then as President. Roy was a founding member of the Chesterfield County Firefighters Association, served as President of the Pee Dee Firefighters’ Association (1995-1997), President of the Rekindle Society, served on the South Carolina Association of Public Safety Communications Officials (APCO) board 2010-2012, 2nd Vice President for APCO 2010-2012, 1st Vice President for APCO 2012-2014, President for APCO 2014-2016, former board member for Pee Dee Regional EMS, lifetime member of the South Carolina Emergency Management Association, and was awarded SC Certified Emergency Manager of the Year July 2016. Roy received the State Meritorious Medal for Exceptional Service Award from The South Carolina Military Department. He was a Crew Chief for Track Fire Services at Darlington Raceway where he worked for over 30 years. He had also served as a deputy coroner for the Chesterfield County Coroner’s Office, and worked part-time with the NETC Student Services Division. Roy served in his church as a Sunday school teacher (18 years), a trustee, a member of the security team, a greeter and as a nursery worker. Roy was a compassionate funeral assistant with Kiser Funeral Home, and was affectionately known as one of Santa’s best helpers.

To order memorial trees or send flowers to the family in memory of Roy W. Allison, please visit our flower store.
Send a Sympathy Card