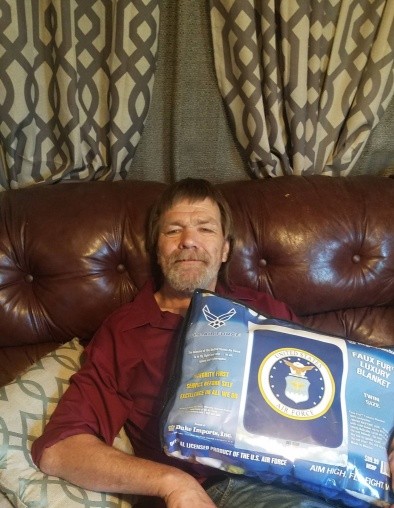 Mr. Ronald J. “Ronnie” Griggs, age 56, entered into rest on Tuesday, February 4, 2020. A graveside service will be 2:00 PM Friday, February 7, 2020, at the Patrick Cemetery by the Rev. Robert Turner. The family will greet friends following the service at the graveside.

Mr. Griggs was born July 8, 1963, in Topeka, KS, a son of Donald “Bud” Griggs and the late Betty Ratliff Griggs. He was a veteran of the United States Air Force.  Mr. Griggs’ hobbies included piddling and tinkering on various projects, collecting antiques, and watching his favorite television shows, Stargate and Supernatural.  He will be remembered as a man with a heart of gold that loved his kids and grandchildren.

In addition to his mother, Ronnie was also preceded in death by his brothers, Buddy Griggs and Billy Joe Griggs.

To order memorial trees or send flowers to the family in memory of Ronald J. "Ronnie" Griggs, please visit our flower store.
Send a Sympathy Card