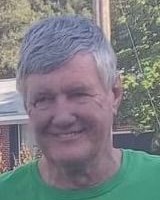 Mr. Ronald “Ronnie” Lucas Merriman, age 74, entered into rest on Monday, October 31, 2022. A memorial service will be 3:00 PM Sunday, November 6, 2022 from the chapel of Miller-Rivers-Caulder Funeral Home by Pastor Mark Phillips and Brent Taylor. The family will receive friends from 2:00-3:00 O’clock PM prior to the service at the funeral home.

Mr. Merriman was born August 2,1948 in, Chesterfield SC a son of the late Buck and Dorothy Gaskins Merriman. Ronnie retired from Delta with 40+ years of service and a U.S. Army Veteran . He enjoyed fishing, watching westerns on tv, and doing woodworking. Ronnie loved to engineer things and loved talking about his working days at the plant. His greatest passion was spending time with his grandchildren and family.

To order memorial trees or send flowers to the family in memory of Ronald Lucas Merriman, please visit our flower store.