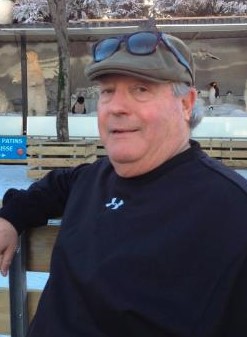 This obituary is being posted as a courtesy to the Novinger family. The Miller-Rivers-Caulder family extends their deepest condolences and sympathies to the family.  All online condolences will be forwarded to the family.

Cayce - Bob "Coach" Novinger 73, of Cheraw, South Carolina  passed away January 19, 2020  at  his residence . He was born on March 13, 1946 in Portsmouth, Ohio to the late Leon and Juanita Novinger.  Bob graduated from Portsmouth High School and attended Capitol University on a basketball scholarship.  He moved to Columbia to attend the University of South Carolina.  He then taught and coached football at Fulmer Middle School along with coaching varsity basketball at Airport High School.   Later he taught and coached football at Swansea High School.  After his career as a coach, he worked for R. L. Bryan selling children's literature.  He was married 47 years ago to the love of his life Cathy Novinger who passed away 3 years ago.  He was well known for his job as a "real go getter".  Meaning, he would drop Cathy off and "go get her".   Bob proudly served his country in the U. S. Marine Corp. and was a member of Trinity Baptist Church.

In addition to his parents, he was preceded in death by his wife Cathy Novinger, 2016.

Services will be held at 1:00 pm on Friday, January 24 at Trinity Baptist Church, Cayce with burial to follow at Elmwood Cemetery.

Visitation will be from 6-8 pm on Thursday, January 23 at Thompson Funeral Home, West Columbia. He is survived by his son Dr. Travis Novinger and his wife Laurie Novinger and their children Taylor Novinger, Abbey Novinger of Cheraw, along with his brother of Portsmouth, Ohio Dean Novinger (Lisa) Niece Drew Phillips (Kyle) Miles, Sophie and Ian.

He is also survived by his mother- in- law Leona Blackburn of West Columbia, and his sister-in law Donna Jumper (Henry Jumper) Tyler Russell (Sarah) and Cristie Russell.

Family and friends may sign the online guest book at www.thompsonsfuneral.com

To order memorial trees or send flowers to the family in memory of Robert Novinger, please visit our flower store.
Send a Sympathy Card