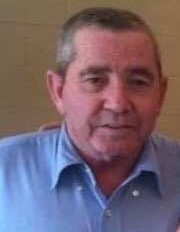 Mr. Richard Ryan “Freck” Lee, age 58, entered into rest on Monday, March 18, 2019 at his home. Funeral Services will be 3:00 PM Thursday, March 21, 2019 from the Chapel of Miller-Rivers-Caulder Funeral Home by Brent Taylor with burial to follow in the Jefferson Cemetery. The family will greet friends from 2:00 – 3:00 PM Thursday, prior to the service at the funeral home.

Mr. Lee was born February 12, 1961 in Chesterfield, SC a son of the late Harris T. and Irene Catoe Lee. He was a retired truck driver with Aviagen and a member of Almetta Baptist Church. Freck enjoyed singing and could play any instrument you gave him. He was an avid Clemson Tigers fan and enjoyed fishing.

In addition to his parents, Freck was also preceded in death by one sister, Sherry “Shi” Sellers.

To order memorial trees or send flowers to the family in memory of Richard "Freck" Lee, please visit our flower store.
Send a Sympathy Card