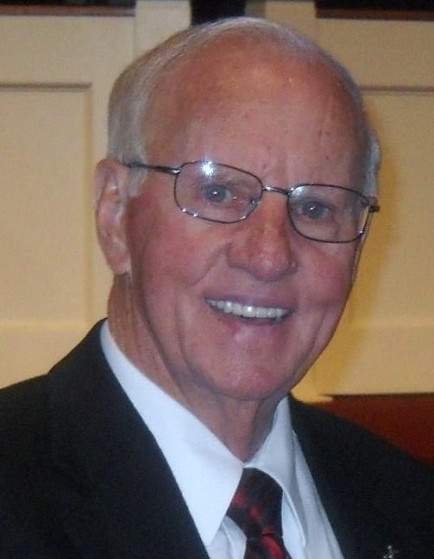 The following obituary of Reverend Jackie Hinson is being shared on behalf of Norton Funeral Home of Hartsville, SCas a courtesy to the Hinson family. Reverend Hinson preached and pastored for many years in our area. On behalf of the MRC Funeral Home family, our love, prayers, and sympathies are with the Hinson family and also the Norton Funeral Home family where Bro. Jackie served for many years. For service instructions or online floral orders, please visit www.nortonfh.net or call 843-332-8122.

After a lifetimes dedication of ministering and sharing the Gospel of Jesus Christ, Reverend Jackie Hinson, 87, from McBee, went to his Heavenly Home during the early morning hours of Friday, August 5th, 2022.

The service of thanksgiving to God for his life will be conducted at 1:00 on Monday afternoon, August 8th, 2022, from the Hartsville Chapel of Norton Funeral Home with Reverends Buddy Amerson, Ernest Winburn, and Brent Taylor officiating. Burial will follow in McBee Cemetery and the family will be receiving friends Sunday afternoon, from 3-5 at the funeral home.

Born in Jefferson, Reverend Hinson was a son of the late Charlie W. & Lillie Kiker Hinson. Jackie devoted 60+ years of service to the ministry of God; with a longing to see others come to the loving knowledge of Jesus Christ. He preached at churches from all over Chesterfield, Darlington, Berkley, Lancaster, and Chester Counties. He enjoyed spending time camping and fishing; and was a part of the Norton Funeral Home Family for many years. His first love was his devotion to God, but his second was to his family, whom he loved with all his heart.

He was preceded in death by his parents; daughter, Cynthia Ann Hinson and 10 siblings.

Norton Funeral Home & Crematory is honored to be serving the Hinson family.

To order memorial trees or send flowers to the family in memory of Reverend Jackie Hinson, please visit our flower store.