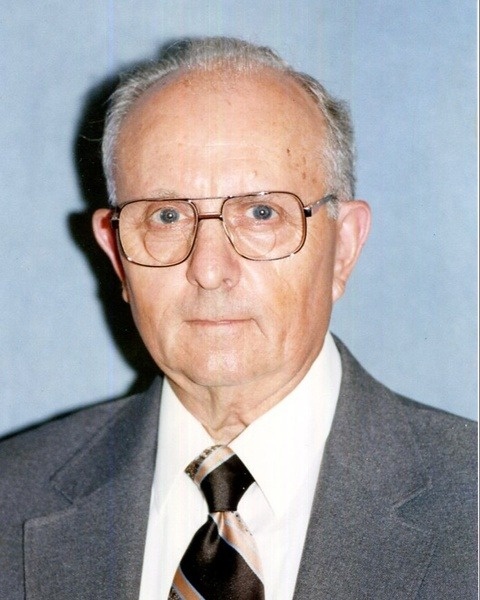 The following obituary is being posted as a courtesy to Rev. Carpenter's family. Preacher D.W. was a true man of God who faithfully served in our area for many years. We find in comfort in the fact that his faith has become sight. We thank God for his life, his light, and his legacy. ~ The MRC Funeral Home Family

WADESBORO – On Thursday morning, October 6, 2022, Rev. Delmond Walter “D.W.” Carpenter, went home to be with his Lord and Savior while being cared for by his family at his home. His family rejoices that he has seen his Savoir face to face and that he has been reunited with the love of his life, Willie Baker Carpenter.

The service to celebrate his life will be 4:00 PM Monday, October 10, 2022, at Deep Creek Baptist Church with Rev. Mark Perko officiating. Interment will follow in the church cemetery.

The family will greet friends one hour prior to the service in the church fellowship hall and other times at the home of his niece in Wadesboro.

Rev. Carpenter was born November 17, 1928, in Anson County and was a son of the late Walter Franklin Carpenter and the late Mary Honeycutt Carpenter Smith. He was in the eighth grade when his father passed away and being the oldest child, he felt the need to quit school to help his mother provide for their family. He was drafted to serve in the United States Army during the Korean Conflict.

After realizing the importance of a strong work ethic and providing for his family, he worked at Parker’s Feed and Seed, Wade Manufacturing and retired from Duff Norton as a machinist.

He was a long-time member of Deep Creek Baptist Church, where he has served as youth leader, coach for the church softball teams, four terms as deacon and Sunday school superintendent. He also served as the Sunday school director for the Anson Baptist Association.

Also, a large part of his ministry was that of visiting shut-ins and nursing homes. Every Sunday afternoon, as long as he was able, he visited both nursing homes in Wadesboro and the residents always looked forward to the visits from “The Little Preacher Man.”

An avid gardener, he always shared the bounty from his garden with family and friends. He also shared jars of his famous homemade pickles and he was the cole slaw champion in the eyes of his family.

He was active in membership with the Anson Beekeepers Association and Woodmen of the World, where he was honored by the local Woodmen Lodge with the “Caring for Others” award in 2016.

His wife of 64 years, Willie Baker Carpenter preceded him in death, and he has longed for the day of their reunion. Those left to cherish his memory are his nieces who were much like his daughters, Debbie Jarman of Wadesboro and Linda Pilkenton (Eric) of Lenoir; his grandchildren, Adam Jarman (Lauren) of Charlotte, Emily Trexler (Dave) and Justin Jarman (Shelley) both of Wadesboro and John Jarman (Nicole) of Peachland; his great-grandchildren, Avery Jarman, Abby Trexler and Alyssa Trexler and his nieces and nephews and extended family from both the Carpenter and Baker families.

In addition to his parents and wife, he was preceded in death by an infant son, his stepfather, Roy Smith and his sister and brothers, Lillie Mae Baker, Hobert Carpenter, Billy Carpenter and Floyd Carpenter.

Servant of God, well done! Thy glorious warfare's past: The battles fought, the race is won, and thou art crowned at last.

The arrangements are in care of Leavitt Funeral Home and online condolences may be made at www.leavittfh.com

To order memorial trees or send flowers to the family in memory of Reverend D.W. Carpenter, please visit our flower store.