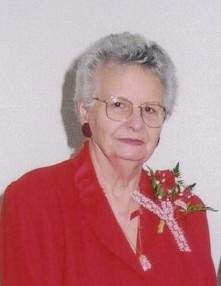 Mrs. Rebecca “Becky” Lloyd Jenkins, age 92, (formerly of Rock Hill, SC) entered into rest on Tuesday, July 30, 2019 at Cheraw Healthcare with her family by her side.

Funeral services will be 7:00 PM Thursday, August 1, 2019 from the chapel of Miller-Rivers-Caulder Funeral Home by Brent Taylor. The family will greet friends from 6:00 – 7:00 PM Thursday prior to the service at the funeral home and other times at the home of her daughter Rhnae, 909 W. Main Street, Chesterfield, SC.

Mrs. Jenkins was born May 8, 1927 in Lancaster, SC a daughter of the late Lum and Ola Hinson Lloyd. She met and married the love of her life, William Harold Jenkins and moved to Rock Hill, SC where they made their home. A faithful member of West End Baptist Church of Rock Hill, Becky was a former Sunday school teacher and W.M.U. director. Her greatest passion was participating in the sick and shut-in ministry of her church. She was a former employee of Celanese of Rock Hill and retired from Port Oil Company.

Following Harold’s death in 2001, Becky relocated to the Lancaster Manor where she developed many friendships over her 11 years of residence. She also enjoyed attending Living Faith Baptist Church of Jefferson, SC with her family. She was a true people person who enjoyed talking and meeting new friends. Over the years, her hobbies included fishing, cooking, shopping, and spending time with her grandchildren who affectionately called her “Maw Maw Becky”. She was also an avid Atlanta Braves fan.

The family is eternally grateful to the wonderful and caring staff of Cheraw Healthcare for the excellent love and care shown to Mrs. Jenkins over the last 4 years.

For those wishing to make a donation in memory of Mrs. Jenkins, the family requests that memorials be made to the Westfield Creek Baptist Church “Shut-In Ministry” 316 Westfield Church Road, Cheraw, SC 29520.

To order memorial trees or send flowers to the family in memory of Rebecca "Becky" Lloyd Jenkins, please visit our flower store.