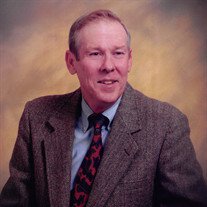 Ralph Wilson Chapman, Sr., 73, was born December 18, 1945, which, by all accounts, was a very cold Tuesday at his grandparents and parents' home outside of Patrick, SC. Mr. Chapman's younger siblings were also born in this house which was built by their paternal grandfather. Ralph's parents were the late Tyson Chapman and Emma Jean Clanton Chapman. His paternal grandparents were the late John Bert Chapman and Margaret Josephine Byrd Chapman. Maternal grandparents were the late James Newberry Clanton and Emma Brown Clanton. Having grown up and worked on his grandfather and father's tobacco and cotton farm, Ralph learned many valuable life lessons. A member of the 1964 graduating class of Cheraw High School, Cheraw, SC., Ralph began working his senior year at J. P. Stevens (Delta Mills) which led to an off-and-on 40-year career in the textile industry. During this period, he also worked for Becker, Sand &Gravel, an electrical company, and as a surveyor's assistant. He and his wife farmed tobacco for about ten years which taught them that you cannot borrow yourself out of debt. He retired from Crown, Cork & Seal Company in February 2004 due to his health.

Ralph attended Mr. Olivet Baptist Church, Patrick, SC, until his marriage. He then joined Pleasant Hill Baptist Church, Cheraw, SC, his wife's church, where he was the church and choir music director for many years and served in many other capacities. He later moved his membership back to Mt. Olivet Baptist Church. Since the 1960s and the days of Vince Lombardi, Ralph was a devoted Green Bay Packers' fan. Through the generosity of Lee Lanier, in October 2006 Ralph was able to achieve his life-long dream of attending a home Green Bay Packers' game at Lambeau Field. A quiet, easy-going man who loved the outdoors, deer hunting and raising hunting dogs having had 55 at one time back in his hunting days and whom everyone enjoyed being around, especially his wife's family, for the stories of his youth and his unexpected, off-the-cuff musings. Whatever he was called...Ralph, Daddy, Granddaddy Ralph, Brother, Uncle Ralph, Slick...he will be forever loved and missed.

In addition to his parents and grandparents listed above, he was predeceased by his brother, Herbert Wilson Chapman who died at birth October 1943; his sister, Margaret Willene Chapman Chambers (died Nov. 2007) and her husband, Harold Ray Chambers (died March 2004); and his father-in-law, Gerald Ray Chapman, Sr.
(died April 2014).

The family will receive friends from 5:00 p.m. until 7:00 p.m. on Monday, June 10, 2019 at Brown-Pennington-Atkins Funeral Home and at other times at the home of his sister, Renee C. Aycock, 236 Byrd Road, Patrick, SC, which is where Mr. Chapman was born. Funeral services will be held at 11:00 a.m. on Tuesday, June 11, 2019 at Mt. Olivet Baptist Church. The Rev. Dr. Greg Boyd, the Rev Tommy Gaskin, and the Rev. James Redfearn, Jr. will officiate with burial in the church cemetery.

To order memorial trees or send flowers to the family in memory of Ralph W. Chapman, please visit our flower store.
Send a Sympathy Card