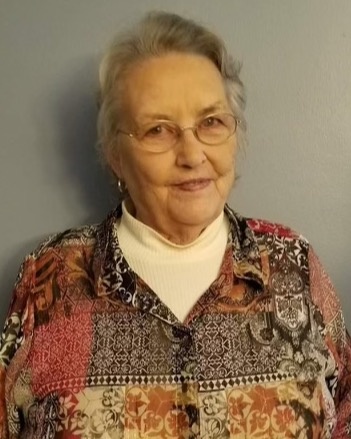 Mrs. Peggy Stogner Oliver, age 84, entered into rest on Saturday, October 1, 2022. Funeral services will be 2:00 PM Wednesday, October 5, 2022 from the Chapel of Miller-Rivers-Caulder Funeral Home by Brent Taylor with burial to follow in the Fork Creek United Methodist Church Cemetery. The family will greet friends from 1:00 – 2:00 PM Wednesday, prior to the service at the funeral home.

Mrs. Oliver was born September 22, 1938 in Ruby, SC a daughter of the late Benjamin Franklin and Nellie Wallace Stogner. She was a former employee of Byerly Hospital, working in labor and delivery, and a former employee of Mama Clark’s Daycare. Peggy was a member of Fork Creek United Methodist Church. She enjoyed working in her flowers, traveling, cooking and was known for her delicious cornbread. A lady who never met a stranger, Peggy enjoyed talking to friends and had a very special place in her heart for her kittens.

In addition to her parents, Mrs. Oliver was also preceded in death by her husband, Boyd Oliver; sons, Randy Oliver, and Greg Oliver; and brothers, Tommy Stogner, Bill Stogner, and Bobby Stogner.

Miller-Rivers-Caulder Funeral Home (www.mrcfuneralhome.com) of Chesterfield, SC is the serving the Oliver family.

To order memorial trees or send flowers to the family in memory of Peggy Stogner Oliver, please visit our flower store.