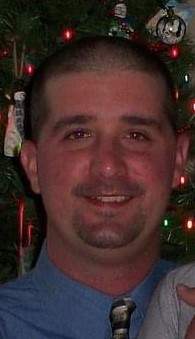 Mr. Michael Brad Deese, age 40, entered into rest on Saturday, July 25, 2020. The family will hold a private graveside service at a later date. Due to Covid-19 precautions, the family requests that anyone wishing to send condolences do so through the Miller-Rivers-Caulder Funeral Home website, by phone, or social media outlets. No visitors at the home please.

Mr. Deese was born December 30, 1979 in Cheraw, SC a son of Mrs. Nancy Odom Matthews and the late Harold Michael Deese. Brad was an avid outdoorsman who could always be found riding around the refuge or the state park taking in all that nature had to offer. He enjoyed skeet shooting and enjoyed throwing the ball with his son Trenton.

In addition to his father, Brad was also preceded in death by his grandparents; Betty and Jimmy Odom, and Harold Deese and Ruth Brock.

In Lieu of flowers the family requests memorials be made to St. Jude's Childrens Hospital  501 St. Jude Place  Memphis, TN 38105

To order memorial trees or send flowers to the family in memory of Michael Brad Deese, please visit our flower store.