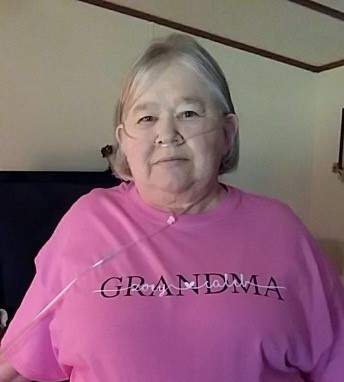 Chesterfield, SC
Mary Annette Morrison Miller, 68, went home to be with her Lord on Thursday, February 11, 2021 at Atrium Health Pineville, after a short but hard fought battle with Covid-19.
She was born on June 18, 1952, in Wadesboro, NC and grew up in Morven, NC. She was the daughter of the late Albert William "Bill" Morrison, Jr. and Eula Baker Morrison. She was educated in the Anson County, NC School System and had a long career in the textile industry. She then began jobs working with the public, which she very much enjoyed! She never met a stranger that she wouldn't try to help. As her health wore down, She last worked at Dollar General in Chesterfield and she enjoyed working with her co-workers and customers. She was a Cancer Survivor and enjoyed attending Relay For Life of Chesterfield County and she enjoyed trips to the beach and the mountains. She loved collecting all things Butterfly, Apple and Pepsi and her "What-nots"! She also loved talking to her sister and friends on the phone! Her Grand-daughter, Zoey (her beloved "Boogie") was the joy and love of her life!
She was the widow of the late Bobby Lawrence Miller, whom she shared 25 years of marriage before his death. She loved Her Lord and was Presbyterian by faith, having grown up attending the Morven Presbyterian Church and previously being a member of First Presbyterian Church of Wadesboro, NC, in the 1980's. However, she referred to on multiple occasions that C4 Church was "Her Church" and she enjoyed her relationship  with "Her Pastor" Rev. Scott Wallace and with Michelle Wallace. She enjoyed having the Pastor and his family over for supper and enjoyed just having a great time of fellowship.
She is survived by Her Three Children: Her Son, Bobby Miller of Chesterfield; Her Daughters, Lisa (Denny) Venier of Chesterfield and Vickie (Eric Langley) Bryant of Wallace; Two Grandchildren: Zoey Venier of Chesterfield and Caleb Langley of Wallace; Her Sister, Betty Morrison (Ronnie) Freeman of Chesterfield; Her Brother, Bill (Linda) Morrison of Rockingham, NC; Her Nephew: Ron (Allison) Freeman of Cheraw; Her Nieces: Terri (Gary) Butler of Marion, SC, Kelly (Joe) Tarleton of Chesterfield and Cindy Taylor of Myrtle Beach, SC; Her Step Children: Billy (Pam Vickers) Miller of Pittsboro, NC; Step-Daughters: Kathy (Shawn) Foster of Jacksonville, NC and Tina Prevatte of Gaffney, SC; Her Step-Grandchildren: Ronnie Miller, Katie Miller, Courtney Prevatte, Christian Prevatte and Kandi Hasty; Special Close Friends, Debbie (Carroll) Freeman and Helen (Kendell) Moore of Chesterfield; Also a host of other relatives including cousins in North Carolina, Maryland and Georgia.
A Celebration Of Life Memorial Service was held at 6pm on Thursday, February 18, 2021 at Chesterfield County Community Church (C4). Pastors Scott and Nick Wallace officiated. A private family interment will take place at a later date.

In lieu of flowers memorials may be made to Miller-Rivers-Caulder Funeral Home to assist the family.

To order memorial trees or send flowers to the family in memory of Mary Annette Morrison Miller, please visit our flower store.