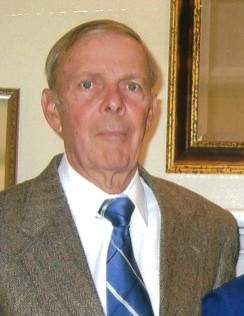 Mr. Marion L. Berry, Jr., age 82, entered into rest on Tuesday, July 9, 2019. Funeral services will be 2:00 PM Friday, July 12, 2019 from the chapel of Miller-Rivers-Caulder Funeral Home by Pastor Timothy Lowry with burial to follow in the Chatham Hill Memorial Gardens. The family will greet friends from 1:00 – 2:00 PM Friday prior to the service at the funeral home.

Mr. Berry was born March 23, 1937 in High Point, NC a son of the late Marion Louis “M.L.” Berry, Sr. and Willie Collins Berry. He was a graduate of Morristown High School, Morristown, TN and attended Carson Newman College. Mr. Berry was a retired plant manager with Burlington Industries after 40 years of service. A faithful member of David’s Grove Baptist Church, Marion served as Usher for many years. He was a U.S. Air Force Veteran of the Berlin Crisis. A man with a great sense of humor, Marion was a true people person who never met a stranger. He enjoyed playing golf, running daily, and spending time outdoors. He will be lovingly remembered as a dedicated husband, devoted father, and friend to all.

To order memorial trees or send flowers to the family in memory of Marion L. Berry, Jr., please visit our flower store.