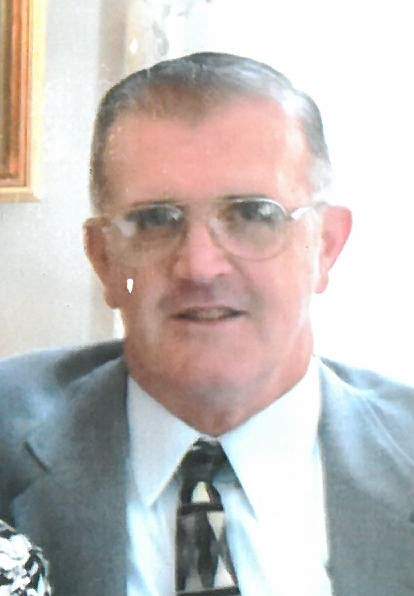 This obituary is being posted as a courtesy to the Widener Family. Miller-Rivers-Caulder Funeral Home would like to express our deepest sympathies to the Widener family.

Lynn D Widener December 7, 1944 – January 5, 2021 SGM Lynn D Widener US Army Retired, 76, affectionately known as “Stretch”, was taken from this earth on Jan 5, 2021. He was raised on a small farm in Westminster, Maryland where he lost his mother at a very young age. In 1960 his father relocated the family to Miami, Florida where he attended Miami Military Academy and North Miami Sr High. Lynn’s entire life can very easily be summed up by one very complex yet simple word: DEVOTION. From the time he enlisted in the Army in 1962 and beyond the time he retired in 1991 Lynn exemplified DEVOTION, to his family, his country, the military, and its veterans. While in the military he served in a variety of capacities during both times of peace and conflict. His assignments carried him all over the world from Greenland, Australia, Vietnam, Korea, The Netherlands, and various locations in the United States. Lynn received many high honors over the span of his career including The Legion of Merit, The Bronze Star, and many other accolades and awards. His last duty assignment was with The Joint Chiefs of Staff and upon retirement spent more than the next 20 years dedicating many countless hours assisting military veterans from all branches of the armed forces. He was an active member of the VFW (Veterans of Foreign Wars), VVA (Vietnam Veterans Association), DAV (Disabled American Veterans), and The American Legion. In 2005 Lynn and his wife, Susan started making annual trips to visit hospitalized and wounded warriors delivering fresh peaches along with their prayers that affectionately came to be known as “The Peach Run”. This effort grew into feeding large masses of troops and wounded warriors located close to the I-95 corridor. He was a member of the board of Directors for the Veteran Residential Services of Wilson since 2013 and was instrumental in the development of a suicide hotline for at-risk veterans. After his retirement Lynn followed his heart in his DEVOTION to education and for higher learning. In 1992 he started working in the Chesterfield County Public School System with a focus on Special Education Instruction and working with at-risk students about how to set goals to move them in the direction of a positive future. Lynn attended and graduated from Coker College South Carolina in 1997 with a bachelor’s degree In Business and became a Professor of Business Law and Math at Chesterfield-Marlboro Technical Community College (CMTC) until health issues derailed him in 2006. Lynn loved to share his knowledge and experiences with all those he encountered and in 2018 he hosted two High School foreign exchange students Tim Venekamp, from The Netherlands and Fukutaro Katayama from Japan. Lynn was a devout Christian that was DEVOTED to his faith in God, his church, and the families it contained. Wherever his feet landed during his travels he was often a member of the church choir and has served as both deacons, elder, and a member of countless committees. Upon completing Lay school in 2006, he was often called on to use his speaking talents as a Lay minister in several local churches which gave him great enjoyment and fulfillment. Lynn’s greatest display of DEVOTION, however, is when it comes to his personal life with both his friends and family. He married Susan Hastings in 1964 whom he had met in Miami while home on leave. They had a long, loving, and lasting romance that spanned fifty-two years and produced two children. Lynn and Susan were an exemplary example to of two people that took the vow of “in sickness and in health” to its extreme. Lynn never met a stranger and made a lasting impact on everyone’s lives that he met, his untimely departure will leave a vacancy that no other can fill. At the time of his death Lynn was residing at the Scotia Village Retirement Community located in Laurinburg. Lynn was preceded in death by his parents, his older brother, John Gordon Widener of Florida, and his beloved wife, Susan Lee Hastings Widener. Lynn is survived by two older siblings, his sister, Katherine S. Coveleski of New York, and Paul T. Widener of Texas. His children, Todd P. Widener of Connecticut, and Kimberly Widener Shaw of Wilson and two grandchildren, Michael C Shaw of Wilson, and Logan S Shaw of Dunn, as well as numerous nieces and nephews. A small intimate family gathering will take place in the next few weeks to place Lynn’s remains with those of his wife in the Memorial Gardens at First Presbyterian Church of Wilson. A Memorial Service with full military honors for those who wish to pay their respects will be held at a later time once current restrictions have been lifted and will be officiated by his close personal friend, Rev. Claire Colcord of Wilson. Memorials in Lynn’s honor can be directed to Veterans Residential Services, 2500 Nash St. Suite E, Wilson, NC 27896. Condolences directed to Joyner’s Funeral Home and Crematory at www.joyners.net.

To order memorial trees or send flowers to the family in memory of Lynn D Widener, please visit our flower store.