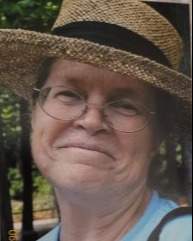 Mrs. Laura Ann Trick Pegues, age 77, entered into rest on Sunday, September 4, 2022 at Savannah Court with her daughter by her side. A graveside service at Pleasant Grove United Methodist Church of Cheraw, SC will be announced in due course.

Mrs. Pegues was born June 19, 1945 in Laredo, TX a daughter of the late William Watson and Frances Veronica Cooper Trick. She enjoyed gardening and tending to her animals. Above all else, time spent with her family and grandchildren were of utmost importance.

In addition to her parents, Mrs. Pegues was also preceded in death by her husband, Larry Waine Pegues in 2002 and mother and father in law, Henry and Margaret Pegues.

To order memorial trees or send flowers to the family in memory of Laura Ann Trick Pegues, please visit our flower store.