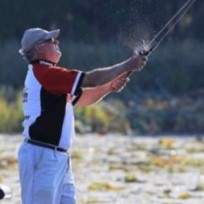 Born in Chesterfield County, SC, he was the son of the late Bruce and Oree Dixon Rollings. Larry proudly served his country in the South Carolina Army National Guard for over 10 years. He worked at AT&T and retired after 38 years of service. Always an avid hunter and fisherman, he enjoyed sharing his passion of the outdoors with many.
Larry was a member of the Last Cast Bass Club and a former member of the Wahee Hunt Club in Marion, SC. Upon his retirement, Larry became active with Bassmaster Pro Tournaments where he was often referred to as "Megabucks Rollings".

He is preceded in death by his parents and brothers, Nathan Rollings and Danny Rollings.

Funeral services will be held Saturday, December 28, 2019 at 2:00 p.m. at Lakeview Baptist Church. Officiating are the Reverends Ken Hughes and Buddy Amerson with burial to follow at Jefferson Town Cemetery, Jefferson, SC. The family will receive friends on Friday, December 27, 2019 at Brown-Pennington-Atkins Funeral Home, Hartsville, SC from 5:00 p.m. to 7:00 p.m.

To order memorial trees or send flowers to the family in memory of Larry Dennis Rollings, please visit our flower store.