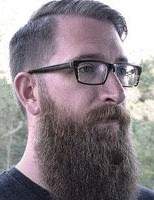 Mr. Joseph Lee Lemmons Jr, age 41, entered into rest on Monday, March 7, 2022 at his home.  Funeral services will be 3 O’clock PM, Saturday, March 12, 2022 from the chapel of Miller-Rivers-Caulder Funeral Home by Minister Betty Davis with burial to follow at Anson Memorial Park in Wadesboro, NC. The family will greet friends from 2:00-3:00 PM prior to the service at the funeral home.

Mr. Lemmons was born May 13, 1980 in Charlotte, NC a son of Myra Davis Lemmons and the late Joseph Lee Lemmons Sr. Joseph was a music lover and a very talented drummer. He enjoyed playing video games and loved computers and technology. Joseph also loved his cat and doing DIY projects.

To order memorial trees or send flowers to the family in memory of Joseph Lee Lemmons Jr., please visit our flower store.