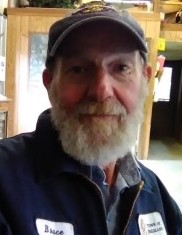 Mr. Deese was born December 22, 1959 in Monroe, NC a son of the late Bevin Bruce and Doris McManus Deese. Mr. Deese was an employee with the Town of Pageland sanitation department. Bruce was a simple man that enjoyed drag racing and scratching lottery tickets. Bruce’s grandchildren were the apple of his eye and he loved his family very much.

Memorials may be made to Miller-Rivers-Caulder Funeral Home to assist the family.

To order memorial trees or send flowers to the family in memory of John Bruce Deese, please visit our flower store.
Send a Sympathy Card