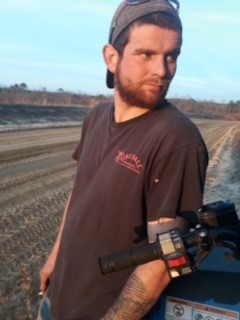 Mr. James “Richard” Eason, age 27, entered into rest on Saturday, June 5, 2021. Funeral services will be 4:00 PM Wednesday, June 9, 2021 from the chapel of Miller-Rivers-Caulder Funeral Home by Pastor Scott Alexander with burial to follow at Oak Grove Baptist Church Cemetery in Jefferson, SC. The family will greet friends from 3:00 – 4:00 PM prior to the service at the funeral home.

Mr. Eason was born March 26, 1994 in Lancaster, SC a son of James Eason and Tina Starnes. He was employed by Atkinson’s Rentals as a carpenter and maintenance manager. Richard loved to go fishing and was an avid outdoorsman and could be found working on anything that needed fixing. Always the life of the party, Richard would always make sure that everyone was smiling and having a great time. Spending time with his beautiful children was his favorite way to spend his time.

Memorials may be made to Miller-Rivers-Caulder Funeral Home, 318 E. Main Street, Chesterfield, SC to assist the family.

To order memorial trees or send flowers to the family in memory of James "Richard" Eason, please visit our flower store.
Send a Sympathy Card