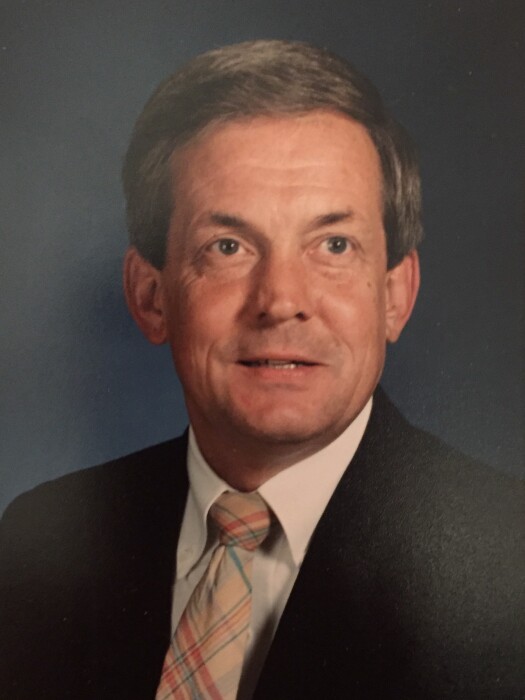 James Franklin Henderson, Jr of Rotunda West, FL died Sunday, August 2, 2020.  A true southern boy with a double name, Jim Frank, was born on March 28, 1944 to Selma Rae Rivers Henderson and to the late James Franklin Henderson, Sr, of Chesterfield, SC, and was the husband of Betty McLean Henderson.  A private graveside service for immediate family will be held at 10:00 AM Saturday, August 8, 2020 at the Chesterfield Cemetery by St. Paul United Methodist Church Pastor Alisha Hansen.

The family invites anyone who would like to join them virtually, to log into Miller Rivers Caulder Funeral Home Facebook page to watch the service via livestream at 10:00 AM on Saturday.

After graduating from Chesterfield High School in 1962, Jim Frank continued his education at Wofford College in Spartanburg, SC, as did most of his family.  He graduated in 1966.  While at Wofford, he was a member of the Pi Kappa Alpha Fraternity.

Jim Frank taught and coached football at the South Carolina School for the Deaf and the Blind in Spartanburg, SC.  He then worked at Burlington Industries in Burlington, NC and Smithfield, NC.  Jim Frank then moved to Laurinburg, NC and worked at McNairs before becoming President of the Laurinburg/Scotland County Area Chamber of Commerce and Economic Developer for Scotland County.  He retired in 2007 and moved to Sunset Beach, NC before recently moving to Rotunda West, Florida in 2018.

As a young boy Jim Frank enjoyed Boy Scouts and obtained the rank of Eagle Scout.

Throughout his career, Jim Frank served on the Boy Scout Council in both Johnson and Scotland Counties in North Carolina. He belonged to the Jaycees in both Smithfield and Laurinburg, NC. He also served as the treasurer of the Democratic Party in Scotland County.  Jim Frank belonged to the Rotary Club of Laurinburg and served as Rotary President in 1983.  As a Rotarian, he was a Paul Harris Fellow.

Jim Frank enjoyed golfing with his buddies, and he especially enjoyed the weekend golf trips. He loved sleeping in a chair on the beach and dancing to beach music and Frank Sinatra.  Jim Frank was known as a great storyteller and enjoyed laughing with his friends.  While in Laurinburg, he met with his friends daily as part of the Breakfast Club.

In addition to his father, Jimmie, he was preceded in death by his grandparents Frank and Ella King Henderson and Ray and Clarice Clark Rivers all of Chesterfield, SC.

Memorials may be made to Wofford College ( advancement@wofford.edu .) , a hospice facility of one’s choice, or to the Chesterfield Cemetery Association, P.O. Box 388, Chesterfield, SC 29709.

To order memorial trees or send flowers to the family in memory of James Franklin Henderson, Jr., please visit our flower store.
Send a Sympathy Card