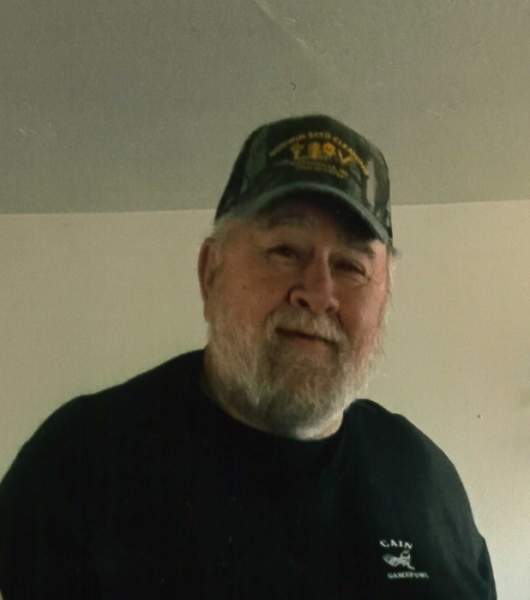 Mr. Herman “Earl” Cain, III, age 68, went to be with the Lord on Wednesday, October 16, 2019. He died from heart failure in Texas on a deer hunting ranch doing what he loved most. Funeral services will be 2:00 PM Thursday, October 24, 2019 from the Chapel of Miller-Rivers-Caulder Funeral Home by Rev. Robert Rivers and Brent Taylor with burial to follow in the McBee Cemetery. The family will receive friends from 5:00 – 7:00 PM Wednesday, October 23, 2019 at Miller-Rivers-Caulder Funeral Home.

Earl, as he was known by many, was born November 24, 1950 in Charleston, SC a son of Joanne Seegars Cain and the late Herman Earl Cain, Jr. A graduate of Andrews High School, Mr. Cain went on to attain his BS in History and Theology from Wingate College in Monroe, NC. Earl really enjoyed working in mills and plants and made many lifelong friends while working.

Earl was a Specialist 4, stationed at Coleman Barracks in Manheim, Germany in 1972. He was assigned to the Arms Room in Company C, 97th Signal Battalion Communications Unit. He was honorably discharged from the Army.

An avid outdoorsman, Earl’s hobbies included raising his roosters, deer and turkey hunting, and fishing. He also got great delight in his weekly card games with friends. A man with a deep faith, Earl loved the Lord and read His word daily. He was of the Methodist faith.

In addition to his father, Earl was also preceded in death by 1 brother, Anthony Bart Cain; and brother-in-law, Jeffrey Stephen Smith.

Memorials may be made to two of Earl’s favorite and supported organizations, Regency SouthernCare Hospice of Chesterfield, 205 E. Main Street, Chesterfield, SC 29709 or to The Wounded Warrior Project, 4899 Belfort Rd, Ste. 300, Jacksonville, FL. 32256.

To order memorial trees or send flowers to the family in memory of Herman "Earl" Cain, III, please visit our flower store.