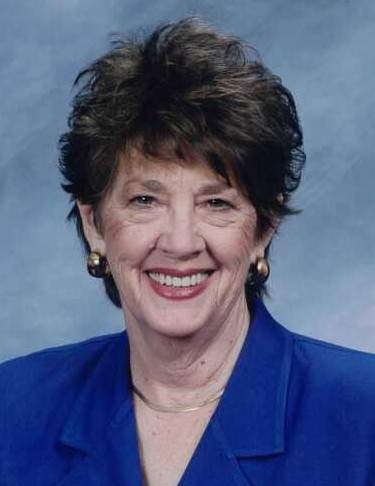 Friends may stop by Miller-Rivers-Caulder Funeral Home between the hours of 9:00 AM and 5:00 PM Monday, March 1, 2021 to view and pay their respects.

Mrs. Hammond was born November 21, 1935 in Cheraw, SC a daughter of the late Bogan and Mildred “Millie” Burr Roscoe. She was a retired employee of the Cheraw Chronicle and a former employee of First Citizens Bank. A faithful member of Pleasant Grove United Methodist Church, Helen was active in the W.M.U., the Senior Circle, and the church’s annual BBQ. Her hobbies included cooking, reading, working in her yard and flower gardens, and dancing - particularly the square dance and line dance. She enjoyed traveling worldwide with her husband and young family in the military and in later years she enjoyed her role as grandmother. Her family and grandchildren were truly the enjoyment of her life.

To order memorial trees or send flowers to the family in memory of Helen Roscoe Hammond, please visit our flower store.