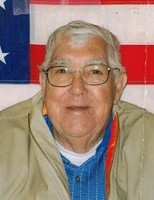 Mr. Walters was born September 20, 1937, in Gibson, NC, a son to Harris Walters and Elizabeth Strickland Walters. Mr. Walters was a US Army Veteran. He was a member of the Wallace Emanuel True Gospel Holiness Church, where he was a deacon and taught Sunday School. Mr. Walters loved to stop and visit with people in their home, and he enjoyed singing. Mr. Walters was a former pastor as well. He was predeceased by four  brothers, Bill, Wiley, Harold and Paul Walters; and two grandsons, TJ Gainey and Mark Robbins. Mr. Walters was the widower of Mrs. Nettie Annie Baker Walters.

To order memorial trees or send flowers to the family in memory of Harris Walters, Jr., please visit our flower store.
Send a Sympathy Card