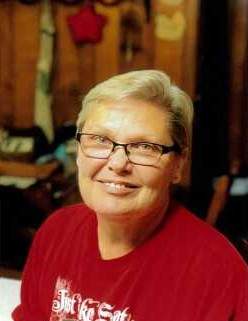 Mrs. Blackmon was born November 5, 1961 in Concord, NC a daughter of the late Johnny W. Dixon and Susie E. Jackson. Gina was a longtime mail carrier with the United States Postal Service in the Pageland and Chesterfield area. She will be remembered for the smile she always had on her face, and she never met a stranger. Gina enjoyed traveling to the beach and the mountains. She also enjoyed swimming, fishing, coffee, and spending time with her children and grand-children. Mrs. Blackmon was outgoing and funny and was known to go “scooterpootin” with her aunt, Juanita.

In addition to her parents, Mrs. Blackmon was also preceded in death by her brother, Jeff Dixon.

In lieu of flowers memorials may be made to Regency Southerncare-Chesterfield  205 E Main St, Chesterfield, SC 29709 or The Levine Cancer Institute 1021 Morehead Medical Dr, Charlotte, NC 28204.

To order memorial trees or send flowers to the family in memory of Gina D. Blackmon, please visit our flower store.