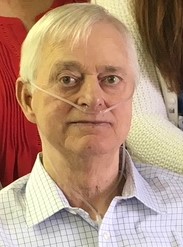 Mr. Gene Griffin, age 72, entered into rest on Friday, May 3, 2019. Funeral services will be 4:00 PM Monday, May 6, 2019 at High Point Baptist Church by Rev. Ricky Griffin, Rev. Brian Gurley, and Brent Taylor with burial to follow in Greenlawn Memorial Park. The family will greet friends from 2:30 – 4:00 PM Monday, prior to the service in the sanctuary of the church.

Mr. Griffin was born July 28, 1946 in Chesterfield County, SC a son of the late Ranford Wilson and Maybelle Esterling Griffin. He was a life-long farmer and former employee of Springs Industries. Mr. Griffin was the former owner and operator of the Gulf and Texaco gas stations in Pageland. He was a member of High Point Baptist Church and a former member of the Pageland Rescue Squad.

In addition to his parents, Gene was also preceded in death by his brother, Bobby Griffin.

To order memorial trees or send flowers to the family in memory of Gene Griffin, please visit our flower store.
Send a Sympathy Card