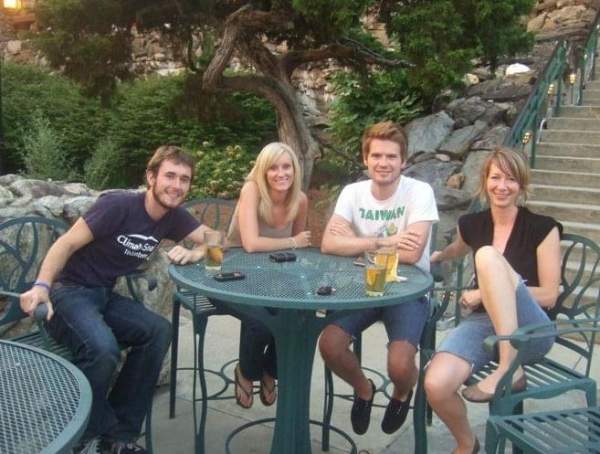 Services are to be announced

Evan Vaughn Adams – Raczkowski, age 36, entered into rest on Thursday, February 24, 2022. The family will announce a Celebration of Life Service in the near future in the Winthrop Community of Rock Hill, SC.

In addition to the tribute wall online at mrcfuneralhome.com, a guest registry is available at Miller-Rivers-Caulder Funeral Home for anyone who would like to pay their respects; and visitors are welcome at the home of Evan’s parents, Wayne & Pam Adams.

Evan was born June 14, 1985 in Hartsville, SC the beautiful son of Gerald Wayne and Pamela Eddins Adams. He was a 2003 graduate of Chesterfield High School and earned his Bachelor of Arts in English, and Masters in Rhetoric and Composition from Winthrop University. He was also the recipient of a very distinguished fellowship in Journalism.

A member of Chesterfield Baptist Church, Evan was a former youth leader, and led numerous mission trips. He began his teaching career at New Covenant Christian School and would later become an Adjunct Professor at both Sandhills Community College and Northeastern Tech. He also served as a Writing Center Instructor for Gaston Community College. His career then led him to join the U.S. Department of Energy as a Bioenergy Technology Communications Specialist. Evan was currently employed with Western Governors University as a Supervisor, Evaluation Faculty Authenticity and Integrity Services. Evan was very active in the Diversity, Equity, & Inclusionary Team there.

An accomplished and extraordinary musician, Evan produced numerous albums as “TopGirls.” He and his band enjoyed traveling and performing at various venues over the years. He was also a huge movie enthusiast and was very knowledgeable as a film buff. However, his most memorable and most relaxing times were spent at his favorite escape, Lake Gaston.

For those wishing to honor Evan’s memory by offering a memorial donation, the family encourages that memorials be made to Chesterfield Baptist Church, (Children & Youth Ministries) 207 E. Main Street, Chesterfield, SC 29709.

To order memorial trees or send flowers to the family in memory of Evan Vaughn Adams - Raczkowski, please visit our flower store.

Services are to be announced