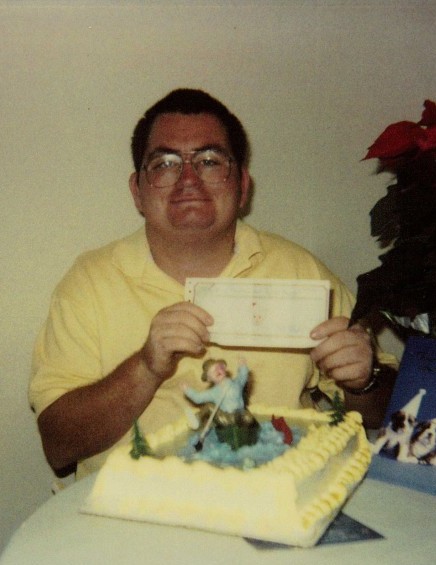 Mr. Eric Jackson Smith, age 52, formerly of Chesterfield, SC, passed away Friday, November 22, 2019. A “Home-Going Service” will be held 2:00 PM, Sunday, November 24, 2019 at Shiloh United Methodist Church Cemetery by Johnny C. Tolson (aka “Dr. Phil” by Eric.) Friends and family may view the body on Sunday between the hours of 9:00 AM and 1:00 PM at Miller-Rivers-Caulder Funeral Home.

History of our very special friend, Eric: Due to his health, Eric has resided at various assisted living facilities and nursing homes during the years we have known Eric. We first met Eric 15 years ago when our aunt moved into an assisted living home in Hartsville. Eric was a resident there at the time. Eric was quick to greet us with a smile and introduce himself and has been our special friend since that day. Eric immediately nicknamed Johnny “Dr. Phil.” Johnny (aka “Dr.Phil”) became Eric’s best buddy and caregiver for the years that have followed.

Eric had a love for fishing. He kept his bicycle and fishing equipment with him at assisted living. Eric enjoyed riding his bicycle loaded with fishing gear to the nearest creek or lake to go fishing. He always enjoyed telling everyone about the big one that got away.

Eric enjoyed eating all good food. He especially loved Chinese food. On occasion, Eric has proposed to cooks just because he thought she was a good cook, and he was looking for a wife to cook good food for him.

Eric enjoyed laughing and making others laugh. He could lift the spirit of anyone with his sense of humor. He entertained all with his funny stories.

He was an expert flirting with the nurses and staff at the different health facilities where he resided. He also enjoyed having resident girlfriends at each location.

Eric will be greatly missed but we know he has entered his heavenly home. He has been reunited with his beloved daddy, “Big Jack.”

We have been very blessed to have Eric as our very special friend, and a member of our extended family for the past 15 years.

~ Written with love for Eric by,

To order memorial trees or send flowers to the family in memory of Eric Jackson Smith, please visit our flower store.
Send a Sympathy Card