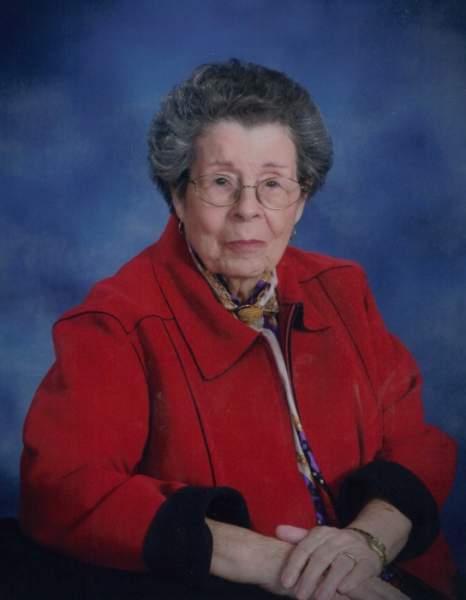 Emilyn Mauldin Gardner entered eternal rest with her Savior Jesus on the morning of August 11, 2019. Funeral Services will be 3:00 PM Friday, August 16, 2019 from the Chapel of Miller-Rivers-Caulder Funeral Home by Pastor Billy Jack Johnson with burial to follow in the Chesterfield Cemetery. The family will greet friends from 2:00 – 3:00 PM Friday prior to the service at the funeral home.

Emilyn was born December 3, 1928 the oldest child of Ira C. Mauldin and Otha Lee Lowery in Chesterfield, SC.  She attended Zoar School for her elementary years and graduated from Chesterfield High School in 1945.  Emilyn continued her education earning a Bachelor of Arts degree in History from Flora-McDonald College in 1949.  After college she married Vero E. Short of Morven, NC becoming a military wife and having two sons Van (1951) and Kevin (1954) while living overseas and in several western states.  Becoming a first time widow in 1967 she returned to SC and family.  Marrying a second time to Mr. Leon E. Gardner of Cheraw SC in 1969, she developed a love of growing greenhouse plants.  Retiring in 1975 from an accounting position, Emilyn followed her passion and operated a successful greenhouse business at her home from 1975 to 1991.  Widowed a second time (1980) Emilyn devoted all of her energy into her greenhouse business.  Sadly, ill health befell her in 1991 but she continued singing in her church choir, cross-stitching, and enjoying time with her family and friends.  A 52-year member of Zoar United Methodist Church she was also a member of the UMW and sang in the choir for many, many years.  In her later life Emilyn enjoyed reading, learning to play piano, watching college football, Major League baseball, and visits from friends and family.

She was preceded in death by her two husbands, her younger brother James-David Mauldin, her half-sister Dorthas Mauldin Leitch, her parents, and Aunt Annie Mauldin.  She is survived by her sons Van and Kevin, her daughter-in-law Carol, her grandsons Jesse Short (Christy) and Joel Short, granddaughter Janell Broznak (Skip) and great granddaughter Raina Ann.

To order memorial trees or send flowers to the family in memory of Emilyn Mauldin Gardner, please visit our flower store.