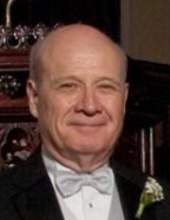 The following obituary is being posted as a courtesy to the Hardison family. On behalf of the Miller-Rivers-Caulder Family, we extend our love and sympathies to his family. All online condolences will be forwarded to the family.

Mr. Elliott Albright Hardison, 74, passed away with a calming peace with his family at his side on Friday, May 28, 2021. Mr. Hardison was a devout Christian of strong faith and practice, a trustworthy and faithful friend whose most important desire in life was to be a good father and provider to his family.

A graveside funeral service will be 2:00pm, Saturday, June 5th at the cemetery of Bethel United Methodist Church at 3475 Gatewood Station Road in Wadesboro, NC (Hwy.742S., 5 miles south of Wadesboro, crossroads of 742 and Bethel Road) with Rev. Todd McSwain officiating. The family will greet friends following the service at the Bethel Church Community Center.

Elliott was born October 3, 1946 in Anson County, NC and was a son of the late R.B. Hardison, II and the late Josie Iris Lawson Hardison.

Elliott was a student in the Morven schools and graduate of Wadesboro High School where he was an Honorary Page in the North Carolina House of Representatives during Session 1963 during the Governor Luther Hodges Administration. Elliott earned his Bachelor of Science degree in Business Administration at Pembroke State University and pursued a graduate degree in counseling from Appalachian State University.

A proud volunteer in 1966, Elliott was a veteran of the U.S Marine Corps serving as Lance Corporal in Platoon 215 at Parris Island where he earned the National Defense Service Medal and Rifle Marksman Badge.

After years of experience in the textile and manufacturing industries, Elliott worked at Duff-Norton in Charlotte as Labor Relations and Personnel Manager from 1978 – 1985. He owned and operated a successful travel agency for 25 years which afforded him the opportunity to travel and make lasting relationships along the way. Beginning in 2002, Elliott worked for Homeland Security as a Behavioral Detection Officer for 12 years from which he retired. Upon retirement, he continued to be active with college and professional sports teams and NASCAR to assist with transportation security.

A talented gardener with a natural green thumb, Elliott inherited from his grandmother a gift for healing and growing all that he planted. He was recently described as one in a million and the best friend one could ever have. Elliott was a humble gentleman who lived daily by honor, sacrifice, and compassion and was a generous, selfless, loving father devoted to his family.

Memorials can be made to The Humane Society of York County, Anson County Partnership for Children or a charity of your choice.

To order memorial trees or send flowers to the family in memory of Elliott Albright Hardison, please visit our flower store.