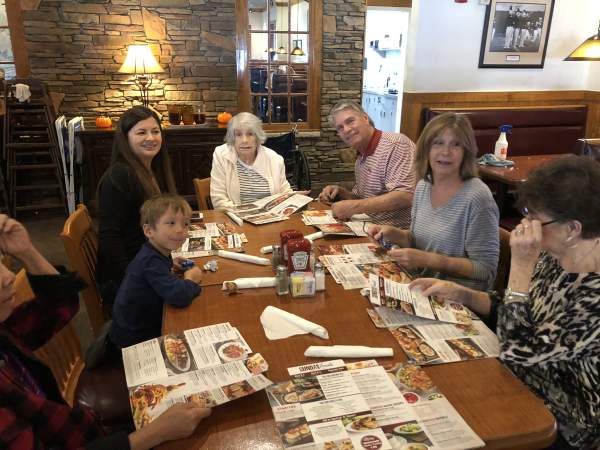 Mrs. Donnie Roscoe Griggs, age 91, entered into rest on Saturday, January 23, 2021 at her home with her family by her side. Funeral services will be 1:00 PM Wednesday, January 27, 2021 from the Chapel of Miller-Rivers-Caulder Funeral Home by her brother, Steve Roscoe and Brent Taylor with burial to follow in the Lower Macedonia Memorial Gardens. The family will greet friends from 12:00 PM – 1:00 PM Wednesday prior to the service at the funeral home.

Due to the continued COVID-19 risks, we ask that you practice social distancing at all times and refrain from any physical contact. The family would like for all attending the service to please wear a face covering. The services will be streamed live on the Miller Rivers Caulder Funeral Home Facebook page.

Mrs. Griggs was born January 14, 1930 in Chesterfield County, SC a daughter of the late Bogan and Mildred “Millie” Burr Roscoe. She began her career in the restaurant business as a waitress, and quickly became a restaurant manager at the Chesterfield Motor Court and later Baker’s Restaurant (formerly known as Ingram’s Restaurant.) Donnie retired from Stanley Tools and following her retirement, she was a dedicated caregiver for many years. She was a member of Lower Macedonia Baptist Church. Mrs. Griggs enjoyed working in her flower gardens and keeping a neat yard. Of all things enjoyed, spending time with her family, cooking and caring for them was of utmost importance to her.

In addition to her parents, Mrs. Griggs was also preceded in death by her husband, Donald B. Griggs; sisters, Alma R. Brigman, and Jackie R. Edgeworth; brothers, Tommy, Joel, and Gene Roscoe.

Survivors include her children, Sandra Brock of Lexington, SC, Bobby Jones of Austin, TX, Rodney B. Griggs, and Cheryl Griggs both of Cheraw, SC; brothers, Buddy Roscoe of Powder Springs, GA, Mickey (Barbara Ann) Roscoe of Cheraw, and Steve Roscoe of Marion, NC; sister, Helen Hammond of Cheraw, SC; 9 grandchildren; 13 great – grandchildren including her newest addition that arrived on Christmas Day 2020, Dayton Griggs. Although she never had the opportunity to meet him, he brought much joy to her and the family. She is also survived by numerous nieces and nephews.

The family would like to express their heartfelt appreciation to caregiver Tabitha Griggs; Dr. Travis Novinger and the staff of Palmetto Family Medicine; and the staff of Agape Hospice for the excellent care shown to Mrs. Griggs and her family.

Memorials may be made to a Humane Society of one’s choice.

To order memorial trees or send flowers to the family in memory of Donnie Roscoe Griggs, please visit our flower store.