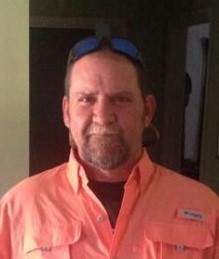 Mr. Donald "Eugene" Eddins, age 53, entered into rest on Friday, November 8, 2019. Funeral services will be 1:00 PM Monday, November 11, 2019 from the Chapel of Miller-Rivers-Caulder Funeral Home by Brent Taylor with burial to follow in the Shiloh United Methodist Church Cemetery. The family will receive friends from 6:00 – 8:00 PM Sunday, November 10, 2019 at the funeral home.

Mr. Eddins was born October 19, 1966 in Chesterfield, SC a son of the late Helen J. Morton Eddins and Donald Eddins. Eugene was a former employee of Crown Cork and Seal for 20 years and drove a tractor trailer for EPES Transportation. Eugene was a diehard Clemson Tiger fan and enjoyed hunting and fishing, he also enjoyed driving his truck and tractor and recently became a farmer. Working on small engines was a hobby that Eugene enjoyed but his favorite times were spent with his family, especially his grandchildren. Eugene was a former member of Chesterfield Church of God.

Mr. Eddins was preceded in death by his parents.

To order memorial trees or send flowers to the family in memory of Donald "Eugene" Eddins, please visit our flower store.