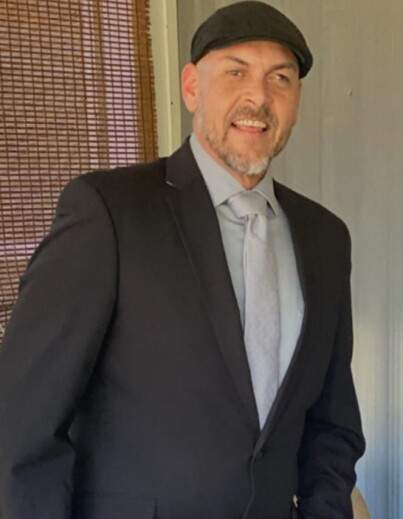 Mr. Dennis Michael Carnes, age 44, entered into rest on Thursday, July 21, 2022. Funeral services will be 4:00 PM Monday, July 25, 2022 from the Chapel of Miller-Rivers-Caulder by Pastor Matthew Tucker and Pastor Andy Wells with burial to follow in the Providence Baptist Church Cemetery. The family will greet friends from 2:00 – 4:00 PM Monday at the funeral home and other times at the home of Libby Marsh, 1502 Tory Road, Pageland, SC.

Mr. Carnes was born March 11, 1978 in Monroe, NC a son of Virginia “Ginny” Hathaway Atkinson and the late Dennis Wayne Carnes. He was a 1996 graduate of Central High School and an employee of Tyson Foods. Michael was a member of Rocky Creek Baptist Church. A true family man, Michael enjoyed spending time with all of his family, playing golf, fishing, and traveling to the beach. He also had a special bond with his “son,” his beloved dog, Baylor “Bay-Bay.”

In lieu of flowers, a trust account is being established at First Citizens Bank in memory of Michael for Chloe and Kaleb.

To order memorial trees or send flowers to the family in memory of Dennis Michael Carnes, please visit our flower store.