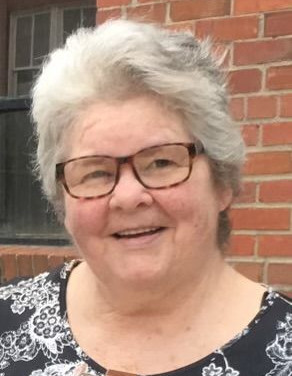 Mrs. Deborah Jean Nolan Lear, age 67, entered into rest on Tuesday, August 2, 2022. Funeral services will be 2:00 PM Sunday, August 7, 2022 at Forest Pine Church by Pastor Danny Malloy and the Honorable Rep. Pastor Richie Yow with burial to follow in the church cemetery. The family will receive friends from 5:00-7:00 PM on Saturday, August 6, 2022 at Miller-Rivers-Caulder Funeral Home and other times at the home.

Mrs. Lear was born May 9, 1955 in New Jersey, a daughter of the late Leonard F. and Lorna Morrison Ward. She was a former employee of Chesterfield General Hospital, INA Bearing, and McBrides Cleaners. Deborah was a faithful member of Forest Pine Church where she enjoyed singing and worshipping the Lord. She also enjoyed playing bingo and traveling on family vacations. A lady who loved her family deeply, her beloved title was 'Mee-Ma' to everyone.

In addition to her parents, Mrs. Lear was also preceded in death by her first husband, Dennis A. Nolan; son, Patrick A. Nolan; and brothers, Larry Ward, and Wayne Ward.

To order memorial trees or send flowers to the family in memory of Deborah Jean Nolan Lear, please visit our flower store.
Send a Sympathy Card