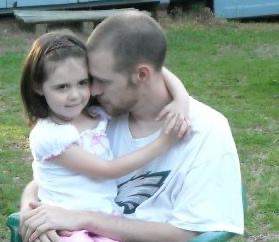 Mr.  David Douglas Drummond, age 40, entered into rest on Wednesday, January 1, 2020. Funeral Services will be 2:00 PM Thursday, January 9, 2020 from the Chapel of Miller-Rivers-Caulder Funeral Home by Brent Taylor, with burial to follow at the Campbell Family Cemetery. The family will greet friends from 1:00 - 2:00 PM Thursday, prior to the service at the funeral home.

Mr. Drummond was born February 23, 1979 in Fort Leonard Wood, Missouri a son of the late Ronald Larry Drummond and Barbara Faye Campbell Drummond. David enjoyed hunting, riding his motorcycle, listening to music, and riding 4-wheelers with his kids. He was an avid Philadelphia Eagles fan and had a passion for guns and knives. David was a animal lover and had a special love for his late dogs, Dora and Camo

David was preceded in death by his father, Ronald Larry Drummond.

To order memorial trees or send flowers to the family in memory of David Douglas Drummond, please visit our flower store.