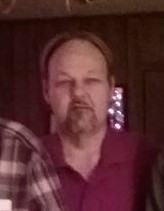 Mr. Christopher “Chris” L. Hall, age 55, entered into rest on Saturday, November 2, 2019. Funeral services will be 2:00 PM Tuesday, November 5, 2019 from the Chapel of Miller-Rivers-Caulder Funeral Home by Brent Taylor with burial to follow in the Elizabeth Baptist Church Cemetery, Mt. Croghan, SC. The family will receive friends from 6:00 – 8:00 PM Monday, November 4, 2019 at the funeral home.

Mr. Hall was born in Cheraw, SC a son of the late Otis Wilson and Mary Frances Gulledge Hall. He was a retired employee of Williamette Industries and a member of Elizabeth Baptist Church. Chris enjoyed being outdoors, duck hunting, and was an avid Dallas Cowboys fan.

In lieu of flowers, memorials may be made to MRC Funeral Home (c/o the Hall family) 318 E. Main Street, Chesterfield, SC 29709.

To order memorial trees or send flowers to the family in memory of Christopher "Chris" L. Hall, please visit our flower store.
Send a Sympathy Card